This is page is intended to be a summary of how doctors normally treat the symptoms of multiple system atrophy. It is not intended as an exhaustive explanation. In all cases, patients are recommended to speak with their health provider for any questions pertaining to diagnosis and/or treatment. This page and all the information on this website is intended for informational purposes only.

Orthostatic hypotension (OH) is characterized by a drop in blood pressure upon standing, with accompanying symptoms including dizziness and lightheadedness.  Usually, the autonomic nervous system regulates blood pressure (BP) and increases blood vessel constriction upon standing to keep BP constant.  In MSA, disturbances in the autonomic nervous system leads to neurogenic orthostatic hypotension (nOH), defined as a drop in systolic BP ≥ 14 mmHg or in diastolic BP ≥ 6 mmHg. Lying-to-sitting drops in blood pressure can also be used to diagnose OH in patients if standing is not feasible, with drops in sitting systolic BP ≥ 14 mmHg or diastolic BP ≥ 6 mmHg indicating the presence of nOH. (Sun 2016) These drops in blood pressure can lead to dizziness, problems maintaining balance, walking and an increased risk of falls. nOH occurs in anywhere from 54%-81% of patients with MSA.

1)Non-pharmaceutical treatments for OH include correcting aggravating factors and implementing other measures to decrease symptoms and risk of fall. OH has been found to be worse in the morning, in hot weather, after eating large meals (especially carbohydrate-heavy meals) and from lifting heavy objects. Avoiding exposure to these factors can decrease the frequency and severity of OH instances. Other non-pharmaceutical interventions include:

2) Pharmaceutical treatments for nOH try to either increase plasma volume or to increase peripheral resistance through various mechanisms of action. Drugs used to treat MSA are described in Table 1.

There are symptoms of MSA that mimic Parkinson’s disease, including stiffness and rigid muscles, tremors, slow movement, balance issues, trouble walking, and dystonia. These are especially prevalent in MSA-predominant Parkinsonism (MSA-P), which is the more common type of MSA.

1) Non-pharmacologic treatment of Parkinson-like symptoms of MSA include

A regular schedule of physical and occupational therapies can help to control the parkinsonian symptoms of MSA. These can help to maintain balance and flexibility as the disease progresses and can prevent falls and additional injury. Research has shown that inpatient, combined with at-home, physical therapy improves gait disturbances in patients with MSA. Tai-chi has also been shown to have positive effects in patients with Parkinson’s disease, and may have a similar effect on patients with MSA.

2) Drugs used for Parkinson’s disease may provide relief of motor symptoms for some MSA patients, though primarily in the earlier stages of the disease. Parkinson’s drugs also can lower blood pressure and may worsen OH symptoms, dizziness, and fainting episodes. Pharmacologic options include:

Dystonia a neurological condition where muscles contract involuntarily. It can occur anywhere in the body, including the muscles of the arms, legs, trunk, or face, and appears as repetitive, twisting movements and unnatural posture. Nearly half of patients with MSA experience dystonia. Dystonia in MSA predominantly affects the head and neck area in a form called antecollis, which accounts for one-quarter of all dystonia in MSA patients, with dystonia in one limb being present in over 20% of patients studied. Both of these types of dystonia, when present, can affect balance and walking in MSA patients.  Dystonia can also affect the face and mouth, affecting speech.  If dystonia affects the vocal cords, obstructive sleep apnea can result.

1) Non-pharmacologic treatment of dystonia in MSA include:

Electromyographic (EMG) biofeedback has been found to be an effective therapeutic technique for decreasing decrease dystonia in patients with movement disorders.

In refractory cases of dystonia, surgical intervention can be considered. Surgical interventions can either be focused on the brain or peripherally, but the goal for both is to interrupt the communication between nerve and muscle that causes the involuntary contraction seen in dystonia.

2) Pharmacologic treatment of dystonia in MSA include:

Botulinum toxin has been found to relieve many types of focal dystonias and is widely used in MSA. Localized injections, especially for facial and cervical dystonias, have proven effective.

The symptoms of dystonia can also be treated with anticholinergic medications, blocking the muscle-contracting effect of acetylcholine. Drugs in this class include benztropine, biperiden, procyclidine, and

scopolamine. Drugs that cause muscle relaxation have also been used in treating dystonia in MSA. These include those that increase levels of the neurotransmitter gamma-aminobutyric acid (GABA) which has the effect of reducing activity of the neurons it binds to, thereby causing muscle relaxing effect (e.g. baclofen, benzodiazepines and zolpidem) as well as traditional muscle relaxants, such as carisoprodol, cyclobenzaprine, metaxalone and methocarbamol. These medications must be used with caution, as dependency is a side effect of some.

1) Non-pharmacologic treatment of cerebellar ataxia relies most on physical and occupational therapy. Occupational therapy has been found to improve ability to perform activities of daily living and decrease disease symptoms. Aspects of treatment also includes speech and swallowing therapy and the use of adaptive equipment.

Urinary symptoms are experienced by nearly all MSA patients and can be one of the earliest signs of the disease. Symptoms include trouble voiding, incontinence, increased frequency and urgency and leakage. In MSA, urinary tract problems are thought to occur due to a decline of neuronal control from the cerebellum. These problems can lead to a lack of control of the urinary sphincter and a change in activity of the detrusor muscle found in the wall of the bladder, leading to incontinence and an inability to fully empty the bladder.  These problems can lead to repeated urinary tract infections and kidney infection if not properly treated.

REM Behavior Disorder (RBD) is a condition that involves violent movements and nightmares during REM sleep. RBD has been reported in a vast majority of MSA patients, with a prevalence ranging from in 69% to 100% of MSA patients. RBD symptoms can often precede other MSA symptoms by years.

Patients with MSA can develop breathing problems as their disease progresses.  These can include obstructive sleep apnea, low oxygenation, breathlessness and stridor. Stridor, or a high-pitched wheezing sound heard on inspiration, occurs in up to 40% of MSA patients and may be a predictor of poor disease outcome. Stridor occurs as a result of overactive vocal cord muscles that fail to relax normally during inspiration. It can occur any time of the day, but when it occurs during sleep can result in obstructive sleep apnea, which involves frequent periods during sleep when breathing stops. Breathing problems during sleep has been reported in 15%-37% of MSA patients.

Pain is an often-overlooked aspect of MSA, but it is very common.  Studies have found that pain is reported anywhere from 50% to 80% in patients with MSA. Pain tended to be more common among MSA-P, as compared to MSA-C subtype.

Dietary modifications have been shown to provide neuroprotective effects and may hold promise for patients with MSA. There have been connections between dietary patterns and risk of Parkinson’s disease, but no large studies have been conducted in relation to MSA.  A neuroprotective diet is recommended by some physicians, including calorie restriction, which may increase an amino acid, glutamate, which is connected to motor control. Calorie-restricted diets have shown promise in Parkinson’s disease, and may hold hope for MSA patients, as well.

Diets rich in foods that fight inflammation may also have a role in MSA treatment. Curcumin, the main component of turmeric spice with proven anti-inflammatory effects, has been found to improve symptoms in mice with similar molecular changes as seen in MSA, but has yet to been proven in humans. Other anti-inflammatory dietary patterns, including diets high in fruits and vegetables, have been tied to regression in many diseases.  A Mediterranean diet has been connected to a decreased risk of Parkinson’s disease, and may also confer protective effects in MSA. Recently, an association between decreased coenzyme Q10 and the severity of motor symptoms in MSA has been found. This may provide further support of a diet rich in antioxidants may prevent or slow the progression of this disease.

Any of these online pages published by Defeat MSA Down Under are for informational and support purposes only. The information presented in them should not be used for suggesting any diagnosis or understood as recommending any medicines, tests or treatments. Every visitor should consult with his/her doctor or other health care provider for any medical condition.

Furthermore, Defeat MSA Down Under has used all reasonable care to protect your privacy, ensure confidentiality and maintain a safe and secure online presence. For questions about the website or information contained therein, contact: msadownunder@gmail.com

© DEFEAT MSA DOWN UNDER. ALL RIGHTS RESERVED. 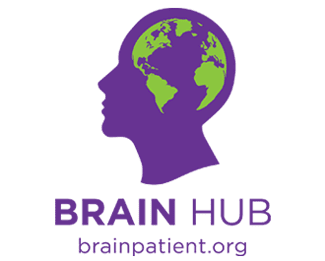